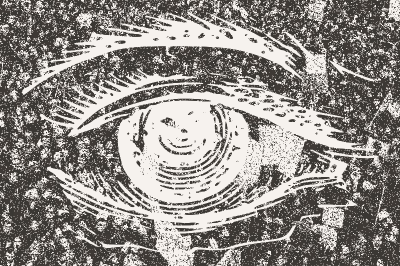 The Right to Testify. The Public Status of the Witness in Times of Social Change

The period between the early 1950s and the late 1970s was a time of social change and diverse protest movements, and not only in the West. In socialist Eastern Europe and the Soviet Union the public sphere underwent changes while new patterns of social behavior evolved. People organized protest rallies, held speeches at meetings, and wrote self-made wall newspapers and open letters to their authorities. Following the show trials of the Stalin era, even court proceedings became a place of public attention, and the act of witnessing became a practice which allowed for the articulation of disagreement and diverging opinions. Parallel to “the era of the witness” (Annette Wieviorka) in the West, at socialist courts the witness gained the status of a social actor. People also began writing their own transcripts and reports of court proceedings. These could then be sent to officials in an act of accusation, whereby regular people were suddenly able to position themselves as advice-givers to state institutions. Thus, new forms of testimony took shape.

Earlier research often characterized this new form of social behavior and political engagement as “dissidence” in opposition to a hegemonic “official culture.” The workshop aims to challenge this simplified binary opposition. Instead it focuses on the divergent social and juridical practices of witnessing and testifying within an emerging, still “incomplete public sphere” (Vaizer et al.). Under the conditions of continuing censorship it became partly possible in this sphere—i.e. institutions such as universities, writers’ and artists’ associations, journal editorials, or even courtrooms—, to voice individual opinions. It is thus a very limited public space at a time when public access to any forms of mass media such as newspapers, radio, or television was still widely unavailable and significantly restricted.

Before this background, the workshop intends to address the following central questions: Who were the main actors that testified on an event (for instance to circumvent censorship, or to defend witnesses who were denied entrance to the courtroom)? What were the reasons and motivations that led to their testimony? How did they legitimize their entitlement to testify, that is, to intervene in a situation in unregulated and unforeseen ways? What was the content of their testimony, what gaps did it fill, and what aspects were left unnoticed and unexpressed? Which literary and juridical forms of media did the witnesses use (fictional, documentary, mnemonic, diaristic or other forms) to justify and legitimize their testimony? What was the social role and status of the witness within an emerging limited and ‘incomplete’ public sphere?

We call for papers that address these questions with regard to socialist Eastern Europe and the Soviet Union of the 1950s to the 1970s, but we also welcome contributions that discuss this period from a wider historical and comparative perspective as well as papers that examine the practice of testifying in a broader theoretical context. A historical perspective can refer to earlier periods but also to recent times. This would allow us to address the changing role of the witness not only under different political systems and historical conditions, but also with regard to various analogue and digital media and social ways of documenting, collecting, and presenting different crimes to the public.

The organizers of the workshop are referring among others to the collective volume “The Imperfect Public Sphere. History of Regimes of Publicity in Russia” (ed. by T. Atnashev, T. Vaizer, M. Velizhev) newly published in the “New Literary Observer” Journal.

The workshop will be held in English. Applicants are invited to send proposals for presentations (300 words) to Dr. Olga Rosenblum (rosenblum@zfl-berlin.org). The deadline for submissions has been extended to November 25, 2022.